Unfortunately, for employers, recently the Employment Appeal Tribunal confirmed that some people can claim an element of overtime pay when calculating their holiday pay. Previously, under UK law, holiday pay has been based on an employee’s basic salary, meaning those who regularly work overtime are often paid less when they are on holiday.

The key points of the case are as follows:

Employes are entitled to receive a payment for normal, albeit non-guaranteed, overtime in their annual leave payment.

The payment of this enhanced holiday pay only applies to the basic 4 weeks’ leave granted under the Working Time Directive, (not the additional 1.6 weeks granted by virtue of UK law). However, under the ruling, employees can claim back pay only if it is less than three months since their last holiday. This should significantly limit the size of potential payouts to the sixth of the 30.8m employees in the UK who regularly work overtime. Companies had feared that they could be hit with claims dating back to 1998.

This ruling doesn’t address a number of key points, such as:

Should commission be treated in the same way as overtime and, as such, should this be included in the holiday pay calculation too.

Annual leave will now be paid at two different rates. 4 weeks to include overtime and 1.6 weeks not including overtime. However, the ruling doesn’t address how to apportion the 5.6 weeks in this way and this will cause an administrative headache for employers.
The ruling does not explain over what period overtime should be calculated. There has been commentary to suggest this should be over the immediate twelve weeks preceding annual leave, whereas others suggest that it should be an average over the last 12 months.

Due to the significant impact this will have on businesses, the Business Secretary, Vince Cable, has announced that he is setting up a new taskforce to limit the impact of the ruling. The ruling could also still be challenged at the Court of Appeal. However, the key principle is guided by EU health and safety law that they don’t want people to be put off taking their holiday because they will be paid less.

How Do You Prepare Artwork For Profesional Printing?

Website Enquiries Pour in at Supplier to Buyer Exhibition

What is Art Paper? 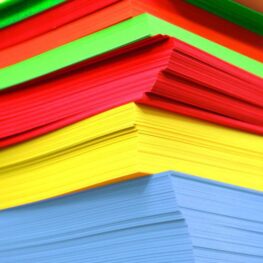 What is the Difference Between Coated and Uncoated Paper?

We’ve had to make a few changes due to COVID-19, so for safety some of our staff members are now working remotely.

Our design team are working from home but Trevor will be in the studio from 10.30am to 1.30pm and 3pm to 5.30pm Mon – Fri. However, we will not be admitting any visitors to the building.

Please call 01646 682676 or email us with your web design, graphic design and printing enquiries

Thanks,
Trevor & the boys